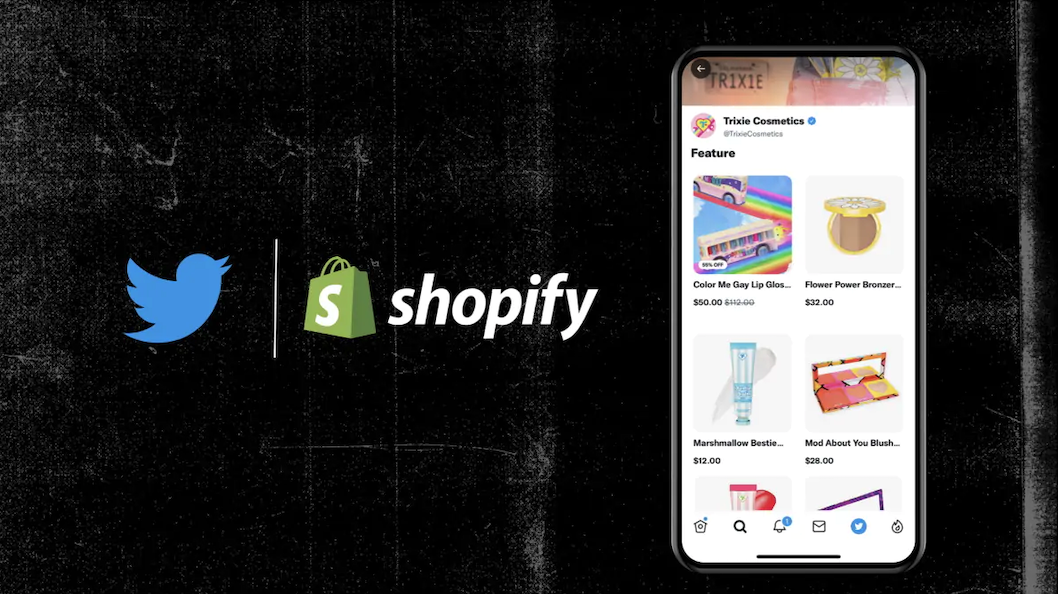 Twitter and Shopify unveiled a new partnership at Cannes Lions today that gives all US merchants on the e-commerce platform the option of tapping into the social network to find potential customers.

In a blog post reported by AdWeek, Twitter product lead for shopping Justin Hoang and Denise Teng of its product team said “With our Twitter shopping ecosystem, we’re investing in features that empower businesses to put their products in front of their customers and drive them to where they can make a purchase. This partnership with Shopify is an important step in helping merchants unlock opportunities to reach shoppers on Twitter at those precise moments of discovery, inspiration and consideration.”

They added that there were 6.5 billion tweets mentioning businesses globally in 2021.

So what does this mean for merchants? Well, they can now add the new Twitter sales channel application via Shopify’s app store or the e-commerce platform’s admin interface, which enables them to:

Shopify director of product Amir Kabbara said, “Reaching potential customers where they are is critical to the success of Shopify merchants. Twitter is where conversations happen, and the connection between conversations and commerce is vital. Our partnership with Twitter, and the launch of the Twitter sales channel, will let merchants seamlessly bring commerce to the conversations they’re already having on the platform.”

If you’re a Shopify merchant, what do you think about this partnership announcement?